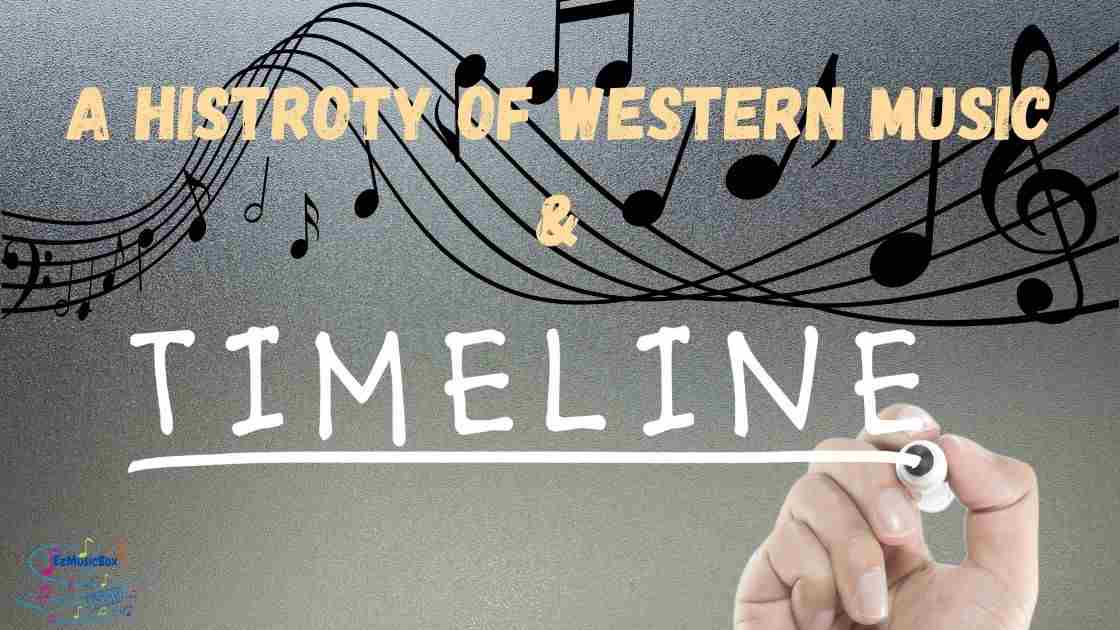 For music lovers and those who are curious about the history of Western music, this post provides a brief overview and timeline.

Music has been a part of human history for thousands of years. People evidently made some types of music even in ancient times.

Moreover, music was important in the lives of the people in most ancient cultures. In many cases, music was considered sacred. Religious ceremonies, lament for the dead or celebrating a great military victory occasion all used music.

While all ancient civilizations had musical cultures, Western Music, is music produced in Europe as well as those kinds of music derived from European from ancient times to the present day. Specifically, Western music evolved from ancient Greece and Rome music.

The word “music” comes from the Greek “muses.” In early Greece, there was always music for feasts and festivals. History also shows that the Greeks had professional dances, as well.

In ancient Rome, music continued to evolve resulting in

From the 4th century on, in fact, the Christian Church has always used music as an important part of the services. During the Dark and Middle Ages, the Church was essentially in control of all of the arts, including music.

In the early Church, all music was vocal. The monophonic chant was to support the meaning of the words. For instance, Gregorian Chant was a monophonic melody without any type of harmony to support it, more like speaking to music.

During the later Middle Ages (from the 9th century on), the multi-melodies layering concept emerged into the chants for church services. This is the commencement of polyphony.

The above music era timeline depicts the history of Western music through the Renaissance, Baroque, Classical, Romantic, and Contemporary periods. Music is a universal language, and it is without bound of nationality.

Both the sciences and the arts have undergone constant changes ever since the beginning of man. Exploration, discovery, and technological advances are dramatically influencing music development.

Additionally, electronic music permeates every corner of the world for people to enjoy. The technology makes electric instruments much more affordable. For instance, a digital piano can produce pure electronic sounds alongside high-quality acoustic piano sounds.

It will be difficult to foresee what the new Postmodern, or Ultramodern music composition forms and music genres will be. However, it is very clear that changes are ever more rapid in all aspects of human life including music.