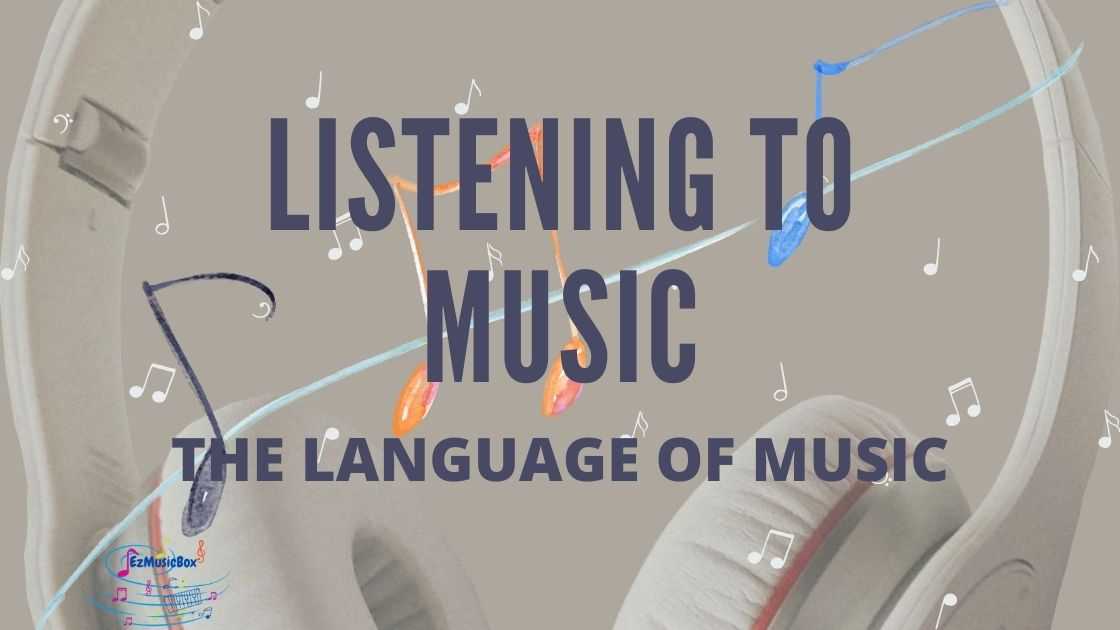 The language of music conveys meaning and brings out an emotional reaction. Like spoken language, music is a means of communication. Moreover, It is actually older than the spoken language.

Over the centuries, composers and musicians have created a language that can convey happiness, sadness, shock, and victory as effectively as the words of poetry or prose. Also, the music language is probably more powerful and expressive.

To experience the language of music, let’s try listening to a few examples.

Firstly, let’s listen to the beginning of Symphony No. 5 by Ludwig van Beethoven.

Indeed, it is the best-known movement in classical music. The iconic “duh-duh-duh-DUHHH” (short-short-short-long) opening phrase likes a punch in the nose. It comes out of nowhere and hits hard.

After this “sucker punch,” we regain the balance and get into an emotionally seizing symphonic journey dominated by his four-note opening phrase.

Beethoven wrote this symphony in 1808 when he was thirty-seven and had become almost completely deaf. As a great composer, the nearly deaf Beethoven could create melodies in his head without relying on external sound. Even though his hearing was continuing to decline, he still produced many great works and timeless pieces.

Secondly, for an impressive sound example, we listen to the beginning of an orchestral work by Richard Strauss.

This musical work is based on the philosophical fiction Thus Spoke Zarathustra (Also Sprach Zarathustra in Geman) by philosopher Friedrick Nietzsche.

This music work of Strauss describes the coming of Nietzsche’s superhero who ascends with the rising sun. Listen to it, what does the music depict?

The music ascends from low string instruments to drum pounding forcefully, then the climax. Additionally, the leading instrument is the trumpet, the sound of which has conventionally been related to heroic feats.

The pattern trumpets-drum-orchestra is repeated three times. Every time, the music ascends in pitch, gets louder, and grows in expressiveness with more instruments, until the third time it reaches a magnificent apex with a full orchestra at high pitches.

Lastly, we would like to share with you an interesting waltz that speaks in Microsoft Windows™ language. British comedian and musician Rainer Hersch composed a waltz based on Windows™ sound effects.

Nowadays, almost everyone has Windows™ on a computer at home. The computers make notification sounds for different events, for instance, start-up, get mail, and shut down. They are not noises, but music to the ears because Hersch orchestrated the sounds into a waltz for us.

The language of music is a collection of audible gestures that express meaning through sound. We do not need to take lessons to learn how to understand the language of music at a basic level since our brains respond to music in an intuitive and biological way. In reality, we have been listening to music every day since infancy.

Generally, people are good at processing sounds, whether musical or linguistic. In fact, we likely know and enjoy a great deal of music intentionally or unintentionally.