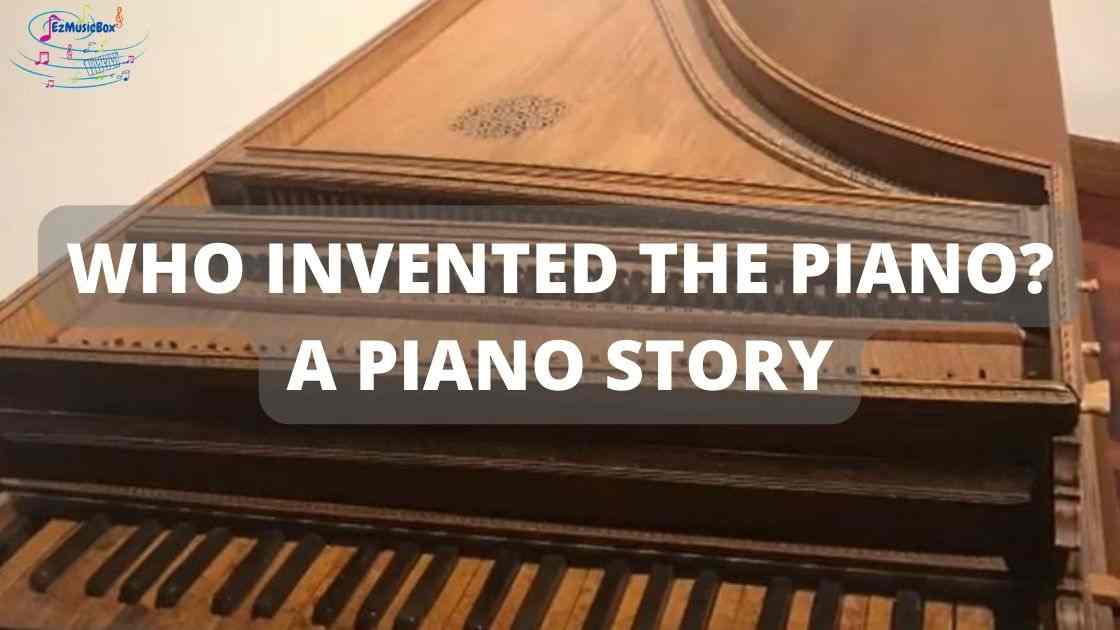 The piano is one of the world’s most popular musical instruments. Have you ever wondered who invented the piano? It was Bartolomeo Cristofori (1655-1731) of Padua, Italy, who invented the first piano with modern hammer action.

Cristofori had been appointed in 1688 to the Florentine court of Grand Prince Ferdinando de’ Medici to care for its harpsichords and eventually for its entire collection of musical instruments.

He replaced the plucking mechanism in the harpsichord with a muffled wooden hammer striking the strings, thus the birth of the modern version piano. Interestingly, the piano actually used the percussion idea.

The first piano generally resembled a harpsichord and Cristofori called it “gravicembalo col piano e forte” (it literally meant a harpsichord with soft and loud). This instrument offered the player’s ability to achieve changes in loudness solely by changing the force applied to the keys.

There are three pianos that survived Cristofori. These extant pianos are at three different prestigious museums.

The Evolution of Piano

Modern-day pianos use highly complex hammer action which is still very similar to the basic concept of Cristofori’s pianoforte, and it produces sound with hammers and steel strings.

Prior to Cristofori’s pianoforte, the piano ancestry line came from clavichord, spinet and harpsichard. With the introduction of the pianoforte, many instrument makers continued to improve and iterate their designs.

During the 1700s, some creative inventors began experimenting with an upright piano, an idea that defied the law of physics. Instead of having strings laying horizontally, like its predecessors, the upright pianos have strings vertically.

The first recorded upright piano was by Johann Schmidt from Salzburg, Austria in 1780. Since then, the upright piano had gotten ever more popular in Europe and America. The enhanced designs produced a more robust sound. The improvements included a diagonal string layout and multiple strings for each note.

For more than a century, the upright pianos continue to be the practical choice for many pianists with tight budgets and spaces.

During the late 1700s and early 1800s period, several improvements were worth noting:

At present, almost all grand pianos still leverage some of the fundamental design elements. Of course, the advancement in technology warrants even better sounds in many first-class concert grand pianos.

Although the electric keyboard was born in the 1950s, the digital piano came out in the 1980s. The digital pianos provide the sound and feel that truly match an acoustic piano.

Essentially, digital pianos are electronic instruments that produce sound from recorded samplings. Due to the mass production capability of digital pianos, usually, they are more affordable than traditional pianos.

With the easy maintenance of digital pianos, economical prices, and compact designs, digital pianos are getting ever more popular these days.

Furthermore, millions can bring the first-class concert piano sound home which was unthinkable prior to the digital piano age.

In this post, we covered a brief piano history from Bartolomeo Cristofori who invented the piano to upright pianos, grand pianos, and digital pianos.

If the invention of the upright piano made the piano a very popular instrument, the digital piano with many innovative functionalities and portability increase the instrument’s popularity exponentially.