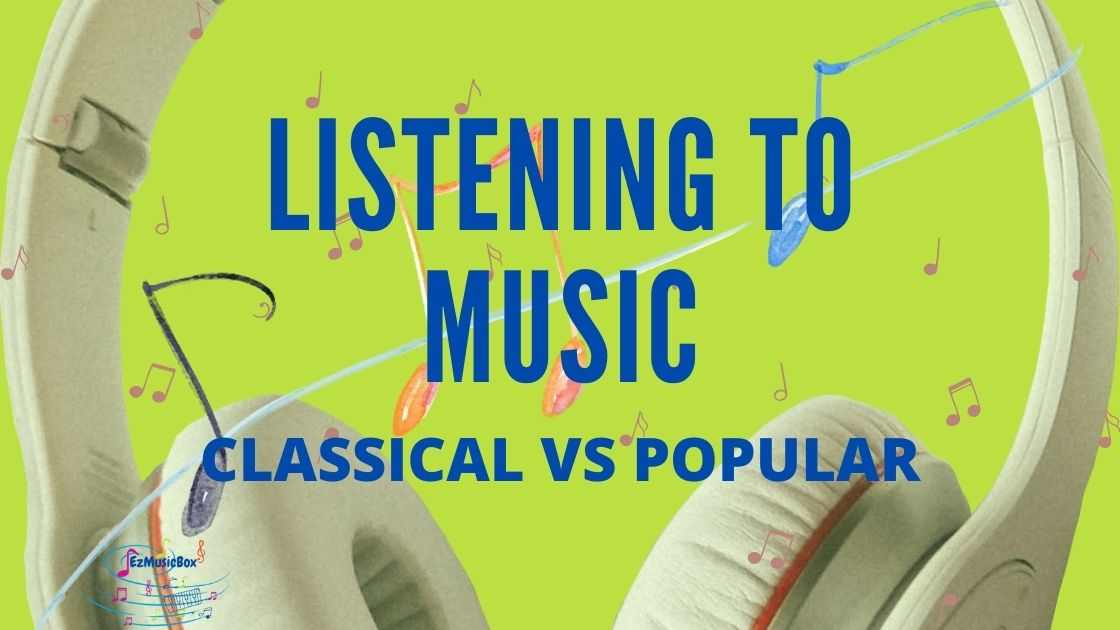 When it comes to listening to music, classical vs popular music is at the forefront of the choices.

Nowadays, most people prefer popular music because it arouses an emotional response quickly. Hence, it attracts a great portion of the general public.

In this post, we are reviewing a high-level comparison of classical vs popular music.

What is Classical Music?

What we called Classical Music refers to the “old” music, thought to be having timeless-quality and worthy of repeated hearing. Thus, by a broad definition, classical music is the traditional music of any culture, usually requiring long years of training. However, classical music is commonly regarded as Western classical music.

Among the most prominent genres of classical music are dramatic works staged in opera houses and large theaters. On the other hand, most classical genres, are purely instrumental, performed in small chamber music lounges to large concert halls with several thousand listeners.

Genre in musical terminology is simply a fancy word for “type of music.”

Like pop music, you hear different genres in different places, for instance, in a bar, a jazz club, an arena, etc. Different types of classical music are performed at different venues as the below chart indicates.

What is Popular Music?

Popular music is often referred to as pop music. As the name indicates, it is music appealing to a large population. Every nation has its own popular music that all people know and love.

When discussing popular vs classical music, for the most part, popular music is simple and direct, and one needs little or no formal training to enjoy it.

People respond more to popular music. More likely it has to do with beat and rhythm. A regular beat evokes a synchronized motor response in the brain, hence people easily move in rhythm to the music with a good beat.

As of today, American-influenced popular music continues to dominate the airwaves around the globe.

Now we have the basic knowledge of classical vs pop music. But what are the basic differences between popular and classical music? Let’s do a side-by-side comparison.

For example, we can use a digital piano as an acoustic piano for practice and performance.

In addition, we can leverage the digital functions, to

In general, classical music requires years of technical training on an instrument and knowledge of sometimes complicated music theories. Contrary, popular music is simple and short. It tends to be easily accepted by the mass population.

It is worth mentioning that some musicians are equally at home in the worlds of classical and popular music. For instance, trumpeter Wynton Marsalis can record a classical trumpet concerto while creating an album of Jazz music.

Most importantly, music is an individual choice. Hence, what musical instrument you want to learn to play or what music genres you prefer, is truly a personal option.

In any case, understanding the basics of music enhances your music listening experiences.