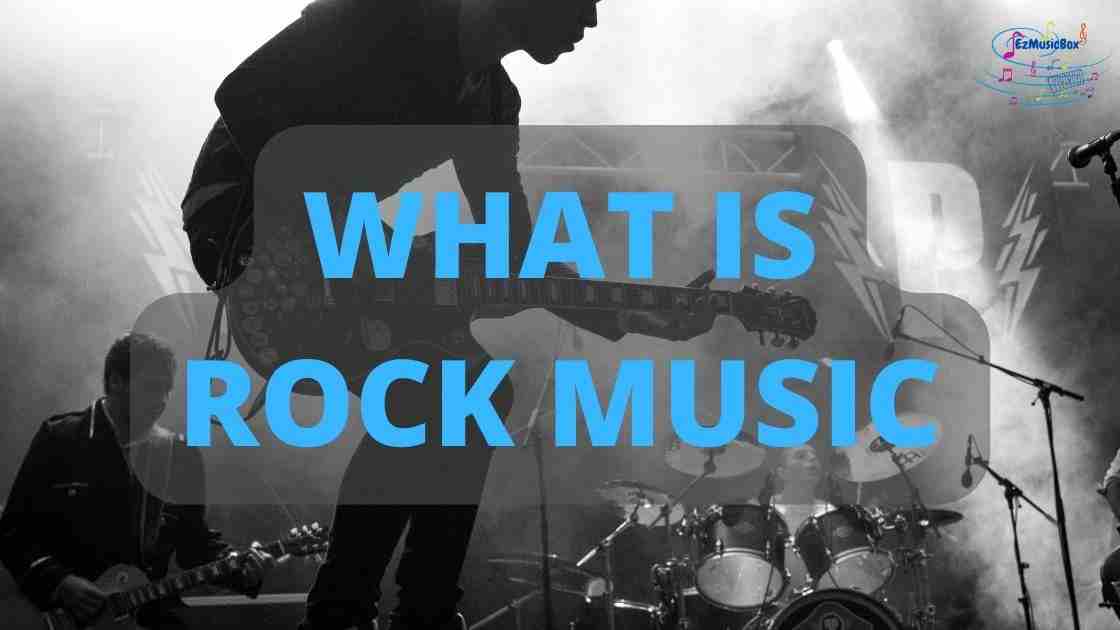 What is rock music? It is a popular music genre that consists of diverse sub-styles. Many of the different styles originated from a culture of rebellion. Regardless, rock music has contributed to the pop mainstream.

The diversity of subgenres as well as the sheer number of rock composers and musicians made it difficult to define rock music. Nonetheless, the impact of the large varied body of artists and recorded works are astonishing.

Let’s take a quick look at the history of rock music with examples.

In the early 1900s, two new musical genres grew out of African American swing music: jazz and R&B (rhythm and blues). Jazz was considered highly improvisatory and rhythmical while R&B was descended from a laid-back, riff-based, and bluesy swing.

In both jazz and R&B, a small rhythm section of piano, guitar, bass, and drums accompanied a few saxophones and other brass instruments (generally referred to as “horns”). When jazz has an instrumental focus, R&B was song and dance based usually featured a solo vocalist singing.

In the early 1940s, many of the popular R&B songs of bandleader Louis Jordan became well-liked all over the U.S. By the late 1940s rhythm and blues became wildly popular, particularly among rebellious American youth. Moreover, Jimmy Preston‘s “Rock the Joint” pointed the way to the raucous style that was lyrically explicit and instrumentally simple with repeated riffs.

The emerging style of R&B was rechristened Rock ‘n’ Roll in the early 1950s by radio disk jockey Alan Freed in Cleveland, OH. Freed spread this music through radio broadcasts. The demand for Rock ‘n’ Roll was unprecedented, and other stations incorporated the music into their airwaves. Thus, Rock ‘n’ Roll became songs of defiance for the baby boom generation.

The first great champion of Rock ‘n’ Roll was Elvis Presley. In his music, Elvis authentically combined genres of indigenous African American and rural white music. Elvis had 149 songs appear on Billboard‘s “Hot 100 Pop Chart.” He reached iconic status around the globe, through his voice, his image on television, and in over thirty feature films.

One composer-performer who both directly and indirectly influenced later rock music generations was Buddy Holly and the Crickets band. Holly’s unique vocal styling and recognizable look set a standard for originality. A song like “Peggy Sue” (1957) essentially comes with a twelve-bar blues, and the melody utilizes the major triads and the major scale without blue notes.

While early Rock ‘n’ Roll popped up in American cities, the British young musicians caught up quickly. Since the arrival of The Beatles in the U.S. from England in 1964, they had a profound effect on the music and the culture of the world. Named after Buddy Holly’s “Crickets” and influenced by American rock and roll, The Beatles developed an unprecedented ability to create original and fresh sounds. Although they were together for only a few short years (1960 – 1970), no pop band has ever equaled The Beatles’ musical originality and stylistic variety.

In the late 1960s, British rock bands had created sophisticated and varied styles that had emerged from rock and roll which was simply called Rock. The so-called British Invasion was widespread rock-style music spearheaded by bands from the United Kingdom, such as The Beatles, The Rolling Stones, Cream, and Led Zeppelin. They gave this subgenre a harder edge and lengthy instrumental improvisions, bringing the sound of the solos electric guitar to the forefront of rock.

Rock music is broad-ranging with varying characteristics across its diverse subgenres. However, there are a few overarching qualities:

In the early age of rock music, there were a few artists and bands. It was likely that one could name rock performers or have at least heard of them. However, technological development and economic factors over the past couple of decades have led to an explosion in the number of aspiring artists. Sound generators and mixing programs are readily available allowing tens of thousands of music makers to record their own sounds at home. The public can download or stream individual tracks on their myriad devices. As a result, music is continuing to rapidly evolve in style and various expressive ways.